Arab Spring Now (June 1, 2013) — Morocco commemorated it’s Day of Terror last May 16 as it remembered terrorist attacks on Casablanca 10 years ago when five terrorist explosions killed 45 people and wounded more than 100. A number of NGOs gathered in the coastal city to call for peace and to resist the extremists who are believed to have been responsible for the attacks. These were the first attacks in Morocco by Moroccans and targeting Western and Jewish interests.

The ferociousness of the attacks shocked the country and the event has been remembered every year. The five bombs had been timed to explode within 20 minutes of each other. The attacks are believed to have been carried out by al-Qaida in the Maghreb, (AQIM).

A recent report by the well respected CNA Strategic Studies stated the following: “There is evidence that AQIM has infiltrated the Sahrawi refugee camps in Tindouf, Algeria, as well as indications that Sahrawi from the camps have joined terrorist groups based in Mali.”

Indeed, while Morocco has kept the upper hand on threats from terror groups the rest of the region has not fared as well. Since Sept. 1, 2001, there have been a total of nine attacks in Morocco. Algeria has suffered a total of 1,234 attacks; Mali 54; Mauritania 27; Niger 39; Chad 58.

Terrorism and North Africa and the Sahel region has also seen a number of attacks against American embassies in Cairo, Tunis, Sana’a and Khartoum. 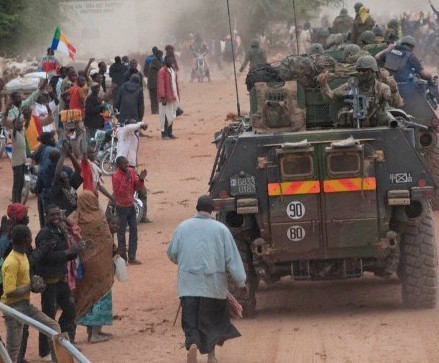 Probably the worst case of al-Qaida linked terrorism took place in Mali when groups associated with the extremist organization in Northern Mali believed to be working closely with al-Qaida tried to seize the country’s capital Bamako. France dispatched troops and re-established order but not before a bloody hostage showdown erupted in Algeria in a natural gas facility in the Sahara that claimed the lives of 37 foreigners including four Americans.

There is growing concern among security personnel that these regional movements have expanded throughout the region with the exception being Morocco. Unlike the escalating turmoil and violence that adversely affected the region in 2012, Morocco was notably a more secure country in 2012, according to a study by the Potomac Institute for Policy Studies.

There are several reasons for this development.

First as other countries in the region fought to replace their leaders, in Morocco, King Mohammed VI is still seen as the legitimate ruler by the vast majority of the population.

And third, counterterrorism efforts at home and strategic cooperation and partnerships in the Maghreb, Sahel, and elsewhere have been strengthened.

Pro-al-Qaida cells have been plotting major attacks in Morocco have been dismantled. And finally Morocco signed security agreements with France, Spain, and Portugal allowing access to Moroccan bases during the Mali crisis. All while Rabat continued its national multi-faceted campaign against extremism.