* “Morocco has clearly made great strides towards the better promotion and protection of human rights… it was clear that there is the political will at the highest levels to continue efforts to set a firm human rights foundation for Moroccan society.” *

UN High Commissioner for Human Rights Navi Pillay just wrapped up her first official visit to Morocco – the first visit by a UN High Commissioner in 13 years. Pillay met with King Mohammed VI, Prime Minister Benkirane, leading officials in the Cabinet and Parliament, judges, members of the National Council for Human Rights (CNDH), members of the Economic, Social, and Environmental Council (CESE), and civil society representatives in an effort to “deepen the cooperation between my Office and the Government of Morocco and to gain a better understanding of the current human rights situation in the country.”

Her readout offered some key insights on how far Morocco has come in this regard and also commented on implementation issues needing further attention. Speaking with the press at the end of the visit, she noted that “Morocco has clearly made great strides towards the better promotion and protection of human rights.” 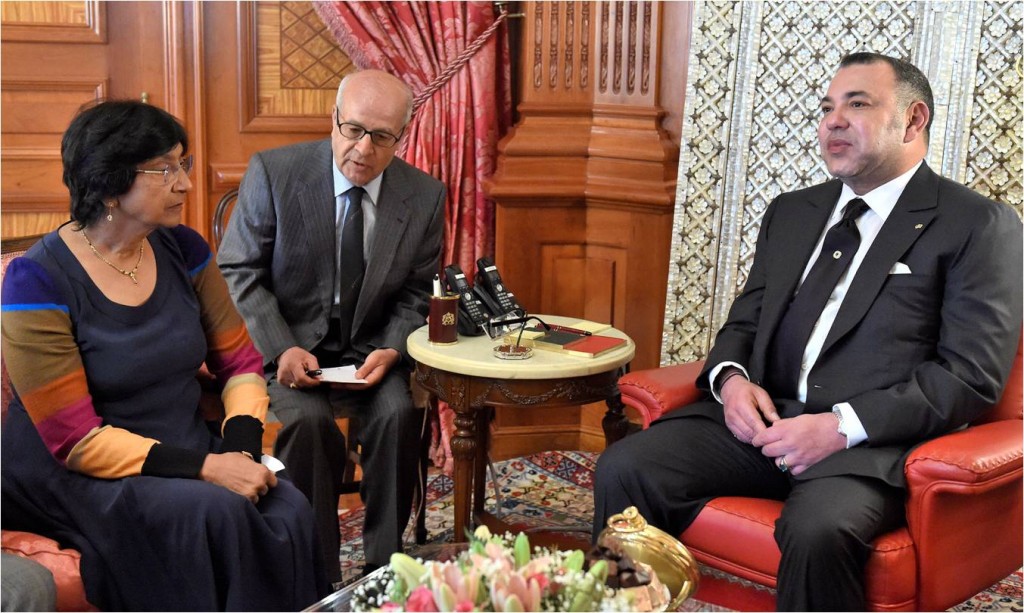 She likewise acknowledged Morocco’s wide-ranging human rights reforms that have taken place since the establishment of the Equity and Reconciliation Commission in 2004; and she lauded the “progressive” 2011 Constitution, the strengthening of CNDH, and Morocco’s “vibrant civil society.” Importantly, she noted that all of these positive changes “have resulted in a broad range of human rights issues being aired and addressed.” This is a key step in working to improve the human rights environment throughout the country.

Pillay noted that some of the laws necessary for implementation and enforcement have not yet been adopted and called on the country to act swiftly to implement currently proposed reforms, including on gender equality, military justice, judicial reform, and the press code. As she noted, “in all of these areas there are high expectations about the positive impact of reforms, but these cannot be met until the laws are promulgated.”

Morocco shares this sense of urgency, and is redoubling its efforts on human rights as a national priority requiring broad action at all levels of Moroccan society. That is why it has been working with the CNDH and Morocco’s civil society to address ongoing human rights challenges through both judicial and legislative mechanisms. In the past year alone, Morocco has made significant advances in its human rights policies in the areas of migration, women’s rights, and the legal system:

And most recently, Morocco announced the preparation of a draft code on civil society. The draft was formulated based on a yearlong process of deliberation with civic organizations in Morocco and Moroccans living abroad. The code will address the formation of civic associations and the participation of civil organizations in public policy.

All these efforts exemplify what Pillay acknowledged: “it was clear that there is the political will at the highest levels to continue efforts to set a firm human rights foundation for Moroccan society.” Support from the UN, the US, and other allies will help Morocco translate this will into action.