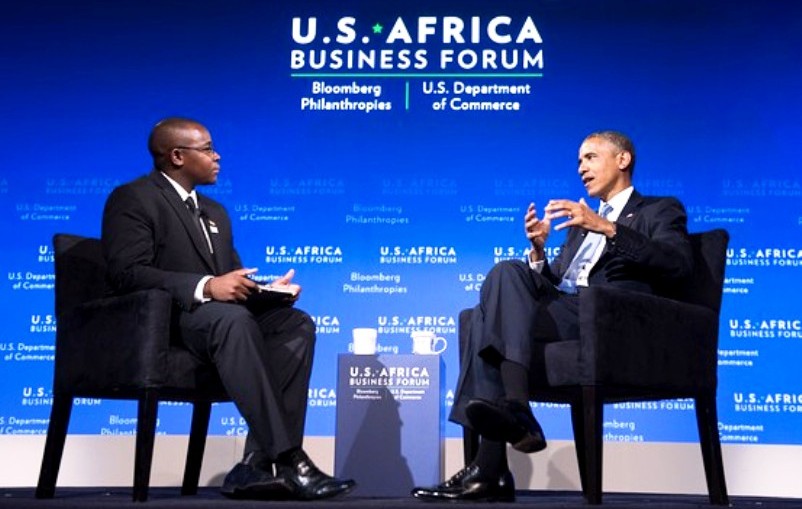 Spending time with members of the Moroccan delegation to the US-Africa Leaders Summit, which included a high-level business forum on Tuesday, one gets the feeling that, regardless of what the US is able to do to re-establish its leadership in Africa, Morocco is committed to moving ahead with its ambitious industrialization, energy, agri-business, tourism, and other development priorities.

Among the government and business leaders, there is unanimity on four points: Morocco needs to work very hard to promote jobs throughout the economy and the country; valued jobs are largely created through public-private partnerships that match skilled employees with employers who actively participate in training the workforce; international investors are a key component in the eco-system of stakeholders who are critical for economic growth; and much of this growth will result from Morocco’s ambitious efforts to become the premier gateway for business in west, central, and Atlantic Coast Africa.

The government’s business side is well represented at the business forum, beginning with Moulay Hafid Elalamy, Minister of Trade, Industry, Investment, and the Digital Economy and the Ministry’s Minister-Delegate Mamone Bouhdoub. Minister Elalamy was quite active in the private sector before becoming Minister nine months ago, with interests in Africa and throughout Morocco. Minister Bouhdoub was also recruited from the private sector, and his portfolio, focusing on small and medium sized enterprises (SMEs) and the informal economy, highlights two of the critical areas facing policy makers. They are joined by Amina Benkhadra, former Minister of Energy and now Director General of the National Office of Hydrocarbons and Mines (ONHYM), probably the country’s leading proponent of mining and hydrocarbon and renewable energy policies.

The business delegation is quite impressive, featuring long-established leaders who bring both experience and vision to their roles. Mostafa Terrab is the CEO of OCP Group, Morocco’s phosphates producer, which manages an array of training programs in communities in which it works and also for the larger workforce. Its global policy footprint focuses on issues of energy, food, and water security and feeding the rapidly growing countries of Africa. Miriem Behsalah Chaqroun, a businesswoman and President of the Moroccan Confederation of Businesses (CGEM), makes its clear in her interviews and meetings that enabling small and medium-size companies to actively participate in Morocco’s growth is vital to promote significant job opportunities.

Karim Hajji, CEO of the Casablanca Stock Exchange (CSE), noted that CSE is soon launching an initiative focusing on outreach programs to grow small and medium-size companies through training in the core elements of running a business, including planning, financing, management, labor relations, dealing with government regulations, legal issues, and entrepreneurism.

His colleague Mohammed El Kettani, chairman/CEO of Attijariwafa Bank, points to the Bank’s network of operations in 14 African countries as well as four in Europe and four in the Middle East as an indicator of how Moroccan banks can serve the needs of international investors wanting to work in Africa and want a stable and developed infrastructure to support their offices.

Othman Benjelloun, CEO of BMCE Bank, heads one of the largest banks in Africa, with a money management firm and investment fund specifically targeting Africa. As a senior leader in the group, he speaks from several generations of experience with markets from the US and Europe to Africa and Asia.

President Obama started by saying “I’ve made it clear that the United States is determined to be a partner in Africa’s success – a good partner, an equal partner, and a partner for the long term…we want to build genuine partnerships that create jobs and opportunities for all our peoples and that unleash the next era of Africa growth.” Conscious of the need for concrete actions to enable this collaboration, the President pointed to new projects by Blackstone (energy investments), Coca-Cola (potable water treatment and distribution), GE (infrastructure projects), and Marriott (hotels) totaling more than $14 billion.

Despite a very contentious year with Congress, Obama pledged to keep pushing to renew the African Growth and Opportunity Act (AGOA), which gives preferential treatment to trade with most African countries in sectors that enhance local job opportunities. Additional steps included pushing for EX-IM Bank reauthorization, $7 billion in US trade financing support, a new advisory business council to support efforts in Africa, and more money for Power Africa, the project to double the access to electricity in sub-Saharan Africa.

What does this have to do with Morocco? Although there seems to be some deafness at the State Department regarding Morocco’s potential contributions to Power Africa, Amina Benkhadra quickly points out at least four. Morocco has vast experience in rural electrification – which now covers more than 95 percent of the country, over difficult terrain. It can supply the training and expertise to energy companies in other countries. Morocco relies on public-private partnerships (PPPs) for more than 60 percent of its energy and is well-schooled in the negotiations and management of PPPs, the key factor in energy projects across the continent. Morocco has the engineers and technicians who can train African workers to assume responsibility for their power systems, from installation, to testing, to operations and maintenance. Finally, Morocco is the most experienced African country in solar, wind, and hydropower generation, and its projects and expertise would benefit the overall strategy of Power Africa.

Backing this up is the fact that Morocco already has at least four power projects in Africa and, thanks to the more than 100 agreements signed by Morocco over the last six months, is poised to take on even more partnerships in Africa for power generation. So Morocco is already modeling the types of initiatives the US is coming to appreciate and support. And the Moroccan delegation has as one of its priorities that the US recognize the great potential of triangular projects wedding US finance, Moroccan expertise, and local African market requirements.

An excellent example is the Memorandum of Understanding signed during the summit by the US Overseas Private Investment Corporation (OPIC), Morocco’s Attijariwafa Bank,  and Wells Fargo, which gives Attijariwafa a new credit line to expand lending to its SME customers, both in Morocco and African countries where the bank is present, and also facilitates American entrepreneurs’ access to the continent. The goal of intensifying its ties with American partners, says Attijariwafa, is “making Morocco a hub of trade and investments flows to Africa.”

Where Will This Go?

Looking ahead, President Obama also emphasized his priority on empowering young African leaders, some of whom are part of the Young African Leaders Initiative (YALI). He announced that the 2014 Global Entrepreneurship Summit (GES) will be held in Morocco and in Sub-Saharan Africa in 2015. President Obama noted four elements “essential to Africa’s growth” that would be discussed at the US-Africa Leaders Summit the next day:  the need for rule of law, regulatory reform, and good governance to safeguard human and investment capital and promote transparency; agricultural development given the large portion of Africa dependent on farming; rebuilding a strong health infrastructure; and promoting security and peace, “because the future belongs to those who build, not to those who destroy.”

From promises to partnerships to projects to results…is a generational challenge. Business thrives over the long term in a stable and predictable environment. Africa at this point is as much a challenge as an opportunity. Transnational and regional collaboration for economic growth will help stabilize areas experiencing difficulties despite their potential. Morocco has much to offer; it is a proven partner for the US; and it is, perhaps, a very smart option for rebuilding the US presence and influence in Africa.