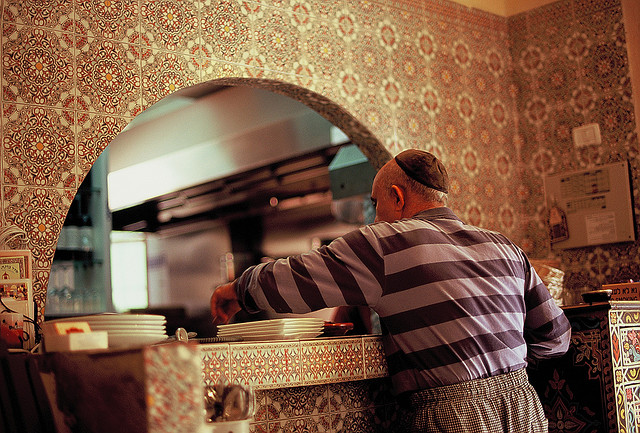 After more than three years, what we’ve learned about increasing jobs and growth

Now that the “Arab Spring” has become an integral part of any analysis of the future of the Middle East/North Africa (MENA) region, it is worthwhile to see what we are learning about two core issues raised during the demonstrations – increasing youth employment and economic growth. While governments have worked with international agencies and donors to launch or revise programs addressing these concerns, and the related issues of governance and transparency, three challenges persist: scalability – what to do to make small-scale programs succeed when greatly expanded;  sustainability – how to make the programs cost effective so that funding costs do not limit the utility and shelf-life of the efforts; and inclusiveness – how to impact beneficiaries in the broadest possible demographics of gender, ethnicity, age, and education.

Morocco is a good example of the challenges faced by policy makers and intermediaries who manage the programs. It has always had technical and vocational programs for young people, and the government has been working for the past two years to include other key inputs, such as market needs to shape skills training and career support for graduates to help them find jobs. So by the end of 2014, Morocco will roll out new and improved programs that aim to close the gap between skilled workers and job opportunities. With an overall target of 60,000 jobs for graduates per year, the Minister of Employment Abdeslam Seddiki noted that as of 2016, some 10,000 unemployed people will benefit from these specific programs in addition to jobs generated by other agencies, international donors, and the private sector.

USAID, the World Bank, various EU agencies, and others are funding and running programs in Morocco dealing with youth employment. There is concern that more needs to be done to ensure collaboration among the donors to maximize the impact and lessons learned. If a stable, economically active country such as Morocco faces problems with ensuring consistent, cooperative, measurable efforts for job creation, others in the region that are less stable are in much more difficult situations. 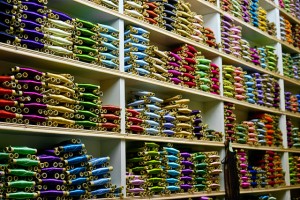 A sacred cow that is coming under scrutiny is microfinance. It is no surprise that programs in limited environments, such as microfinance schemes in poorer urban communities and rural areas are an attractive first alternative. The common wisdom is that if a program just provides loans and oversight, people, especially women, will find ways to use loans productively. But a growing body of research shows that “it ain’t necessarily so.” So much of the success of microfinance loans depends on the metrics of success. Repayment rates have long been the staple metric. Yet a number of recent convincing studies using rate of expansion of existing business activities and levels of beneficiary consumption as indicators show the limitations of microfinance programs, especially when they are introduced across more populated and economically diverse locations.

In a recent intriguing article in Foreign Affairs, the authors review several studies of the option of cash grants instead of microfinance loans. Some general conclusions are that recipients have more insights regarding how to expand their business and acquire the needed skills than external agencies. This is particularly relevant as there is a prevailing perception that the informal economy, where most of these recipients work, is “bad” because it deprives a country of a significant portion of the population’s contribution to GDP. The authors report that “many of the poor are working below their potential because they lack the capital, credit, or insurance products necessary to grow their businesses. In the absence of financial services, which can take decades to develop, cash can fill the gap.”

While they recognize that cash grants are not appropriate or effective in every case, “the evidence is stacking up faster in favor of cash than it is for a lot of the alternatives, and direct cash transfers deserve to shed their reputation of being eccentric.” If one goes further and links the impact of better and more effective assistance programs with the dynamic role played by the informal sector in terms of basic business experience, then the value of utilizing rather than constraining this human energy becomes apparent. In a recent video released by the Initiative for Global Development (IGD), Austin Okere, Founder/CEO of Computer Warehouse Group made the point quite emphatically. He said that there are 17.7 million companies in the informal economy in sub-Saharan Africa. If each added just one employee, they would create more jobs than the African governments combined are able to generate. 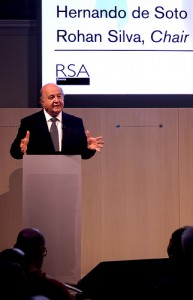 A similar effort is underway in Egypt, where the Sisi government is trying to make good on its economic development promises. They have recruited famed economist Hernando de Soto, who long ago studied property rights in Egypt and was consulted by both the Mubarak and Morsi governments for advice as to how to free up Egypt’s moribund economy. His answer was quite simple, “This is where most of the country’s resources that can give you…the high growth rates are…it’s the informal economy.” Rather than try to constrain its vitality through more regulation, de Soto recommends an extensive plan to integrate the informal economy into the economic system by reforms and incentives to drive economic growth. The bottom line, as in this proposed initiative and the others, is to develop strategies that generate large-scale employment and robust and sustained inclusive economic growth.

The paths to linking effective strategies for growth and employment are still unclear. A major effort is underway at the Brookings Institution, with partners in sub-Saharan Africa, to assess programs addressing youth unemployment to gauge effectiveness and lessons learned. So far, the studies indicate far more about lessons learned than what works under a variety of conditions. What’s critical to the studies is that they are done on a country-by-country basis by local NGOs, thus providing vital first-hand data and insights that might not be obvious to outsiders.                The authors are releasing the studies individually so that researchers can do both country-specific and comparative analyses. “A number of lessons can be drawn from these country-focused studies,” they point out. First of all, know your beneficiaries, their backgrounds, demographics, social indicators, past and current experience in the informal and formal sectors, relevance of ethnicity or minority status, motivational profiles, and educational backgrounds.

Secondly, there is data that supports the effectiveness of government-sponsored vouchers and subsidies when they allow individuals to make choices that reflect their ambitions. This is particularly relevant to those who have experience in the informal economy and have a strong entrepreneurial sense of what is needed to expand and grow their business. Finally, they stress the importance of good data, not just focusing on unemployment rates, but digging deeper into categories of unemployment, quality of available jobs, and mismatches between jobs and potential employees.

While these studies focus on sub-Saharan Africa, the same types of challenges exist in the Maghreb, and the same in-depth assessments are needed to understand not only what works and what doesn’t but why. A good starting point for this undertaking is to parse the recently released report on the impact of the first National Initiative for Human Development campaign in Morocco. The report categorizes the results of this most important effort to lift people out of poverty through introducing sustainable development projects. In his most recent Throne Day speech, King Mohammed VI tasked the Economic, Social and Environmental Council to look at the human development indicators in the country for the past five years and come up with recommendations to ensure equitable growth that supports the quality of Morocco’s “intangible capital.” It is this integration of political will, well-developed research, strategic thinking, and close attention to all stakeholders that will provide the clearest insights and policies for advancing growth and employment throughout Africa.