The president of the Chamber of Councillors, Mohamed Cheikh Biadillah, asked the body last month to render an opinion on the legitimacy of the draft’s legal provisions. 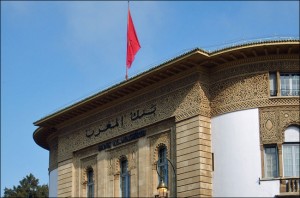 Two negative remarks were made by the CESE. The first related to a lack of consumer information necessary to avoid unfair marketing by Islamic banks. The second dealt with the need to clarify the roles of the National Council of Ulema and the central bank in the oversight of the sector.

According to Eastern Regional Council of Ulema chairman and CESE member Mustapha Benhamze, the establishment of Islamic banks in Morocco was a necessity.

However, civil society activist and fellow CESE member Hakima Naji opposed the intervention of the High Council of Ulema in the financial sector. She criticised the idea of religious management of finance and said that the central bank had the necessary ability to both traditional and Islamic banks.

CESE chief and former Economy Minister Nizar Baraka highlighted the importance of creating Islamic banks by explaining that alternative products already existed in Morocco and had accounted for almost a billion dirhams of savings since 2010. This amount, he said, will be boosted by the creation of participatory banks.

This type of bank will also make it possible to increase the percentage of people who use banking services in Morocco, which currently stands at 57 percent, he said. “The goal is to increase this rate to two-thirds of the population,” Baraka noted…[Full Story]