Magharebia delves into Morocco’s 2014 census, currently underway. The results will help inform Morocco’s efforts to evaluate and improve socio-economic development in the country, with new questions on quality of housing and access to basic facilities. Preliminary results will be published later this year: 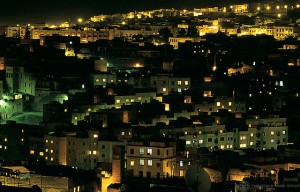 No fewer than 70,000 census takers have set off to meet Moroccan households, as part of the three-week General Population and Housing Census (RGPH) operation that kicked off on Monday (September 1st).

“Right from the very first day, we’ve seen that the public is fully prepared to answer the census takers’ questions,” said Hasna Tadli, the census manager in Casablanca.

According to High Commissioner for Planning Ahmed Lahlimi, citizens showed “a real willingness to help and a high level of civic responsibility”.

“Members of the public have a moral and legal duty to answer the questions in the census, which has the sole purpose of taking a snapshot of the social realities of the country, so that political decision-makers will be able to draw up development plans for the coming decade,” Lahlimi told Magharebia.

Citizens have welcomed the project, especially questions introduced into the 2014 census on the quality of housing and access to basic facilities.