Moroccan Minister Delegate for Foreign Affairs Mbarka Bouaida reminds the Spanish press that Algeria has not been an active participant in the effort to find a political solution to the Western Sahara dispute: 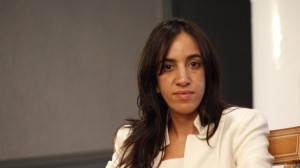 Algeria is a direct party to the conflict over the Moroccan Sahara and should involve itself in the search for a solution to this problem, said Minister Delegate for Foreign Affairs Mbarka Bouaida.

“There is a direct party to this conflict which is Algeria and it should admit it and get involved in the search for a solution to this problem,” Bouaida told Spanish new agency “EFE” on the sidelines of her participation, on Wednesday in Madrid, in the ministerial conference on Libya’s stability and development.

The minister underlined that the autonomy plan submitted by Morocco, and which was described as serious and credible by the international community, is the best solution to settle this conflict.

She added that the UNGA’s current session, which is being held in New York, will be an opportunity to explain the Moroccan policy in Africa, promote the Kingdom as an African regional platform and raise the Sahara issue.

Morocco is doing a lot of field work to ameliorate the living conditions of populations, develop the southern provinces and carry out extensive regionalization and the autonomy plan, Bouaida said.

The official denied the existence of a disagreement between Morocco, the UNSG personal envoy Christopher Ross and the MINURSO, noting that the Kingdom is involved in the UNSC political settlement process…[Full Story]