Rabat was the backdrop for a chase scene filmed for the upcoming Mission: Impossible movie: 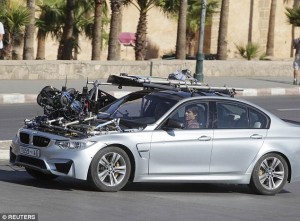 He’s famed for doing his own stunts in Hollywood blockbusters.

And on Thursday, movie legend Tom Cruise certainly looked like a pro as he continued filming scenes for Mission: Impossible 5 in Rabat, Morocco.