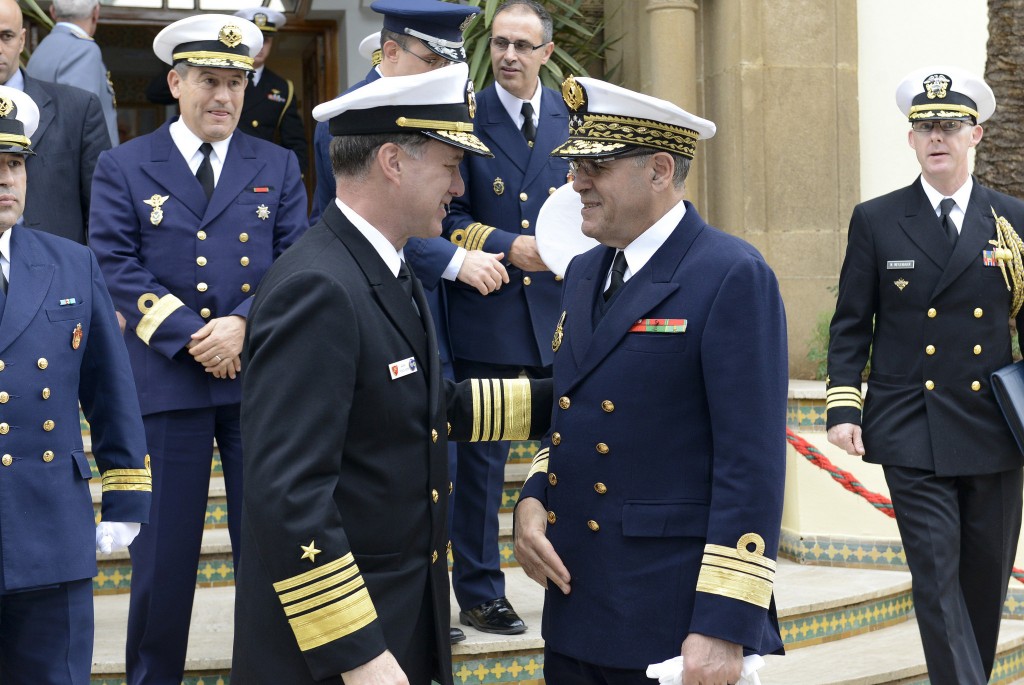 On Monday, January 13, Adm. Mark Ferguson, U.S. Naval Forces Europe-Africa commander, began a visit in Morocco “to build on the enduring partnership the US Navy shares with the Royal Moroccan Navy and to discuss mutual maritime security issues with his counterparts.” According to a Navy news release, “Ferguson plans to travel to Rabat, Casablanca and Tangiers. Besides meeting with Dwight L. Bush, the U.S. ambassador to Morocco, he’ll also take time to visit Morocco’s Royal Naval Academy and tour a Royal Moroccan Navy frigate.”

“It’s great to visit Morocco again and meet with the senior naval leadership,” he said. “Visits like these help sustain the enduring partnership we have with the Royal Moroccan Navy and increase dialogue about how we can better achieve maritime security in the Mediterranean.”

According to the release, the Royal Moroccan Navy participates in regional maritime security through exercises like Phoenix Express and Saharan Express. A successful PASSEX was conducted between USS Simpson (FFG 56) and the Royal Moroccan Navy this past November. And recent port visits to Morocco include the USS Simpson (FFG 56) arriving in Casablanca in March 2014 and USS Elrod (FFG 55) visiting Tangiers in February 2014.