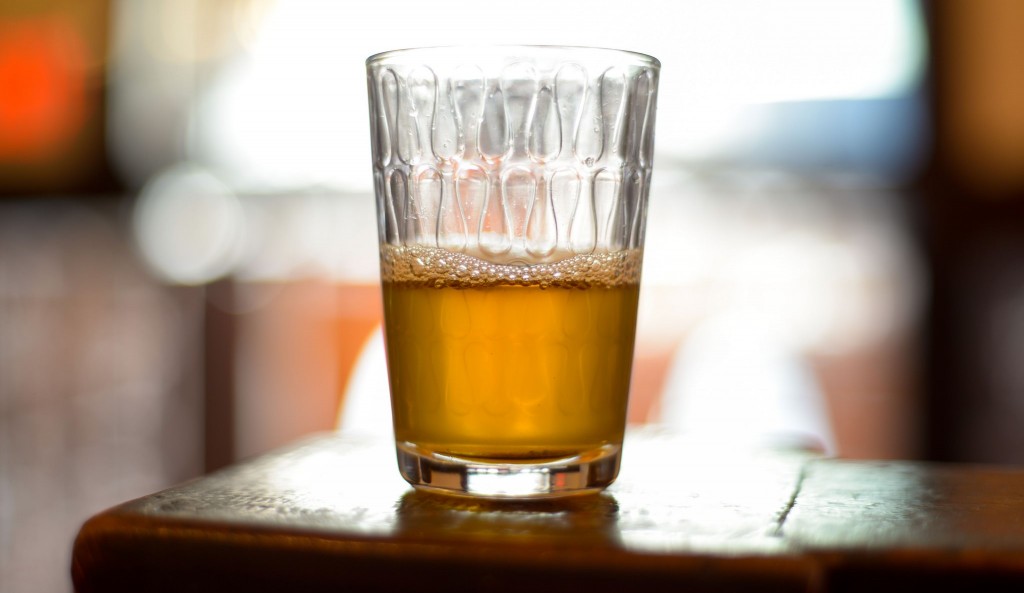 This weekend marks World Whisky Day, which celebrates the global heritage of distilled spirits made from fermented grains such as malted barley, corn (maize), wheat, or rye. The name itself, whether you call it whisky or whiskey, comes from the Gaelic uisge beatha, which loosely translates to “water of life.” This is perhaps one of the better reasons why Morocco’s ubiquitous atay b’naa-naa (tea with mint) is referred to as “Berber whisky.” But whatever you call it, the tea is a centerpiece of Moroccan life.

A non-alcoholic concoction of gunpowder green tea brewed with a fistful of fresh mint and varying amounts of sugar, the tea is a quintessential Moroccan experience, down to the dramatic high-pour technique. It is served in all households several times per day and for any occasion. Not surprisingly, this fundamental expression of Moroccan culture and hospitality has a fascinating story behind it.

Berber whisky is an early example of globalization in food, as the green tea that serves as the backbone of the recipe is Chinese gunpowder green tea, so-called for the rolling technique used in the Zhejiang Province that produces it, dating back to the Tang Dynasty of 618–907. Historians guess that tea was probably introduced to Morocco “perhaps as a tribute from Queen Anne of England for releasing a group of English prisoners” during the reign of Moulay Ismail (1672-1727). At that time it was more likely a luxury item and not commonly consumed. 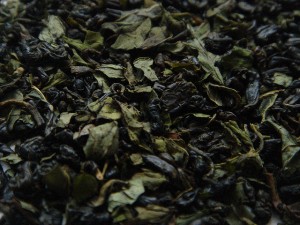 What made tea available to the masses was likely the distant Crimean War, which didn’t involve Morocco, but did leave merchants facing closed ports and the impetus to find new markets for goods—including tea from the Far East.  By 1845 those ships found ports in Tangier and Essaouira (then Mogador).

From there, tea “filtered rapidly down through the classes and across the country and had become a staple by the early 1880s.” At some point, this Moroccan concoction with sugar and local fresh mint became the dominant style. Around that time, tea and sugar were accounting for a quarter of Morocco’s imports. The “light-hearted” nickname, “Whiskey Berbère,” for this national drink speaks to a deep-rooted cultural dependency that has become ingrained in society in a relatively short period of time. 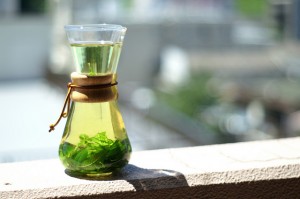 The next time you’re in Morocco, it will probably be hotter than you’re used to, but you’re still going to want a Berber whisky.

The use of spearmint (mentha spicata) was a natural choice as an additive for a hot beverage in Morocco’s warm climate. The cooling effect of mint is actually a sensory trick, as the menthol in mint leaves reacts with human sensory receptors meant to decipher changes in temperature—resulting in a feeling of coolness. Growing naturally in temperate zones in the northern part of the country, mint was probably also cultivated for medicinal purposes, making it generally available. This natural availability has also resulted in a regional disparity of the drink—less mint tends to be used the further south you go.

While the mint helps you feel cooler, hot tea itself plays another cooling trick: “the hot drink somehow has an effect on your systemic cooling mechanisms, which exceeds its actual effect in terms of heating your body.” So Morocco’s mint tea cools you down in multiple ways—especially helpful in the hotter southern parts of the country. 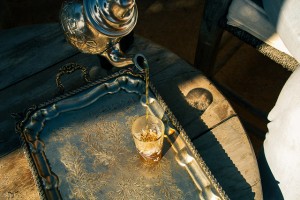 Berber whisky is serious, serious business in Morocco. It brings in the sunrise as well as sunset. In between, it is served before and after meals, and otherwise “at the slightest pretext every hour of the day.” In terms of offering hospitality, quite simply, “you must.” Not surprisingly, the drink takes on additional significance with this ritualistic consumption. An old saying assigns the progressive changes in flavor with each glass as a symbol of the human experience:

The first glass is as bitter as life,
The second is as strong as love,
The third is as soothing as death.

Despite the simplicity in ingredients, Berber whisky can be a bit of a production depending on individual family traditions. Some never bring the liquid to a full boil. Some discard an initial pour over the tea—the “tea rinse”—to remove bitterness. Others keep the first rinse, calling it “the tea’s spirit,” (another whisky-related term) that preserves the “soul” of the tea. Recipes are varied by household and often closely guarded as secret. According to one devotee, the process includes the following steps:

Boil about 5 cups of water. Put 2 tablespoons of gunpowder green tea into a Moroccan tea pot. Pour about 1/4 cup of boiling water into the tea pot and swirl the pot around to “rinse” the tea leaves. Pour out the rinse (not to be reused). Put 6 tablespoons of sugar into the pot on top of the rinsed tea leaves. Take a bunch of mint leaves and twist the bunch to release the aroma of mint. Put mint into tea pot. Fill tea pot to just below the brim with boiling water. Place tea pot onto a stove at high heat to bring the mixture to a boil (about 2 minutes). Remove tea pot from the stove once it begins to boil. Pour tea into a Moroccan tea glass then pour the tea from that glass back into the pot to mix the tea (repeat 2 or 3 times until well-mixed). Pour tea into Moroccan tea glass, lifting the pot far away from the glass (at least one foot away) so a foam is created as the tea is poured. Serve with Moroccan cookies or treats. 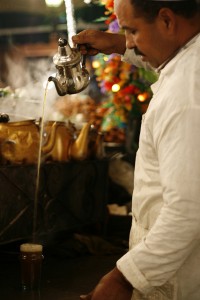 When ready, the tea is served in small glasses usually anointed with intricate golden inlays, though it is not a simple pouring procedure. Starting the pour near the glass, the host swings the kettle out to create an expanding arc of hot tea, returning to the glass with a soft “clink,” perfectly timed as it approaches full capacity. It is part showmanship and part practicality: the resulting bubbles effectively aerate the liquid and provide both a visual and taste “texture,” and may also serve to slightly lower the temperature of the drink.

Moroccan mint tea provides a full spectrum of flavor and experience. It is both hot and fresh, sweet and bitter. Alas, it is not really whisky, but there is no drink that could be more appropriately called Morocco’s “water of life.”