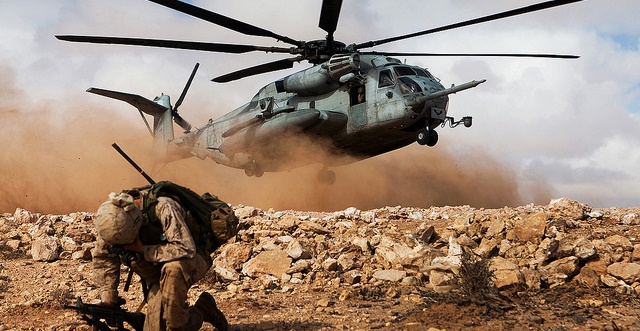 Last month, The German Marshall Fund of the United States published a Policy Brief “The United States and the Future of Mediterranean Security: Reflections from GMF’s Mediterranean Strategy Group.” Reading it gave me an opportunity to reflect on the multiple foreign policy challenges facing the US in the Mediterranean Basin as well as the surrounding countries. This is likely the most severe drawback of being a superpower that tries to invoke and promote a value-driven foreign policy agenda that incorporates both hard and soft power diplomacy – “damned if you do, damned if you don’t.”

While there may be disagreement about what our interests are in that swath of countries stretching from Morocco to Lebanon and southern Europe, we cannot avoid the reality that the US is still the dominant player in the region and consequently the direct or indirect target of choice for militant non-state actors that now proliferate there.  As the sources of threats grow, US attempts to mobilize active friendlies on its behalf have grown beyond the historic ties to NATO to include allies that share our interests in a more secure, stable, and prosperous Mediterranean.

One of the points made in the paper that struck a strong chord is focusing on the new dynamics at play in regional security. “The strategic environment in the Mediterranean is increasingly shaped by forces emanating from outside the region: for the Levant and the Eurasian and African hinterlands, from the Black Sea, and from the Atlantic Basin north and south.  The new result of these shifts has been the progressive globalization of Mediterranean security [emphasis added].”

Perhaps no place is this more evident than in Morocco, bordered by truculent Algeria to the east, and sitting astride the Sahel, which borders a number of ungoverned areas. Morocco is connected in many ways to security concerns elsewhere; whether it be jihadist fighters returning from the East, or terrorist cells in the country, or spillover from terrorist attacks in Europe, there are challenges that continue to emerge.

The GMF paper calls attention to the fact that “The potential for the spread of extremism…to other parts of the Mediterranean…is likely to shape the Mediterranean security environment for some time to come. State failure and dysfunctional rule could have an isolating effect on a region badly in need of economic and political development.”

Looking around the Mediterranean, the policy brief addresses the impact of instability and conflict in West Africa and the Sahel as “drivers of insecurity for the Maghreb and Europe.” It points out that “Algeria’s enormous geographic expanse and poorly monitored borders make the country a front line state in relation to West African risks. The memory of Algeria’s descent into violence in the 1990s, and the opaque nature of the regime, cause neighbors such as Morocco and Tunisia, and Europe, to cast a vary eye on the country’s stability and regional policies. Algeria’s uncertain future is one of the key open questions for Mediterranean security.”

Among other challenges mentioned are trafficking in drugs, weapons, and money from Latin America; competition for energy and commodity resources; the continuing waves of economic and political refugee migrants; and the reality that “human security” is a time bomb issue that has negative connotations for the countries of transit as well as the intended refuges in Europe.

Who Stands with the US?

In examining America’s history of security engagement in the region, two major points stand out in the brief – the US has been there a very long time, from opposing the Barbary pirates to forward basing during World War II; and yet, despite this history, the US has not had a vision of the Mediterranean as “a coherent strategic space.” Within the US government, the region is treated differently: the State Department divides “the Mediterranean along geopolitical lines, with a fairly strict bureaucratic and intellectual division…The notable exceptions…have been in the U.S. military commands.”

In this regard, Morocco has decades of cooperation with the US and NATO militaries focusing on national, regional, and international concerns. For example, the entrance to the Mediterranean is a critical route to US bases in the region as well as the exit point for ships transiting the Suez Canal. Over-flights permitted by Morocco are also important in stabilization programs in Mali and surveillance of militants in the ungoverned areas of the Sahel.

This month, the US, Morocco and allies from Europe will take part in the second phase of African Lion, “an annually scheduled, bilateral U.S. and Moroccan sponsored exercise designed to improve interoperability and mutual understanding of each nation’s tactics, techniques and procedures. It is the largest annual US military exercise on the continent,” according to an article posted on Defence Web.

Phase one in February brought together contingents from neighboring countries Tunisia, Mauritania, and Senegal, as well as Germany and England, to collaborate on building operational proficiency in areas such as disaster relief, humanitarian aid, mission communications, and related command concerns.

In May, around 2,500 personnel from more than five countries will continue joint training exercises involving communications and close air support and aerial refueling. According to General Richard L. Simcock, commander of the Combined Joint Task Force (CJTF),
“This exercise allows the U.S., allies and partner nations to strengthen our relationships with our Moroccan hosts and improve how we will work together in the future.”

In a region beset with political, military, and economic challenges, the capacity to project US interests is in many ways dependent over the long run on the caliber and resilience of its allies that share its interests and values. Morocco’s ties with the US have endured for more than two hundred years, and its commitment to taking a regional leadership role for stability, security, and economic growth has become stronger as the bilateral relationship continues to grow.