Morocco is taking a leadership role in the global fight against climate change, as one of the first developing countries to deliver a climate pledge: 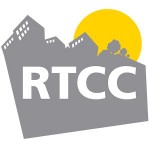 […] The EU will draw on the help of French and US think tanks, IDDRI and WRI, as well as the UN Environment Programme. A representative from the UN climate change organisation is also set to attend.

Morocco was selected as it is due to hold the 2016 UN talks. It was also one of the first developing countries to deliver a climate pledge, which seeks to cut emissions by 32% by 2030 on current projections.

“If all the countries made a similar effort, we would get the ball rolling,” the EU source said.

The EU is fighting for five-year reviews of countries’ climate action in a Paris deal, which it sees as vital for collective efforts to be scaled up.

Others, notably emerging economies, are reluctant to be bound by regular assessments…[full story]