Forty years on, it may seem as though the dispute over who is sovereign in Western Sahara is destined to grind on without resolution for decades to come.  But don’t bet on it. Things have been changing radically on the ground in Morocco’s southern provinces over the last decade, and the pace is accelerating.

On the positive side, Morocco is busily putting in place a new philosophy of governance and development  — advanced regionalization — that devolves most important political, social, cultural, commercial and economic decision making to the elected officials, business and civil society leaders closest to people’s everyday lives,  An intentionally designed precursor to the even broader autonomy for the territory that Morocco has promised its citizens should the leadership of the Polisario Front ever decide to budge from the all too comfortable stalemate that has kept them in relative luxury while tens of thousands of their fellow Sahrawis suffer the deprivations of enforced refugee camp squalor in the Algerian desert.

This devolution of decision authority got a turbo boosting addition this month when a record-setting number of local citizens turned out to cast their ballots for new leadership  at city hall and the regional councils that will be playing a decisive role in the future of the Sahara.

These developments in Morocco are a positive and visible incentive for those in the camps to think more seriously about voting with their feet and returning home – especially given the increasingly evident and rising level of discontent among camp dwellers who have clearly lost patience with the Polisario’s empty and meaningless promises and endless procrastination.

Additionally, after years of resistance and bureaucratic inertia, there are encouraging recent signs that the State Department, with a gentle nudge from the U.S. Congress , has finally decided to begin making good on the November 2013 public pledge of President  Obama and King Mohamed VI to cooperate more closely to improve the quality of life for the citizens of the region (more on that when and if these chickens do eventually hatch). If it happens, even further encouragement for those in the camps to adopt a more positive attitude about coming home sooner rather than later.

The United Nations “process” to encourage the parties to achieve a “mutually acceptable political solution” may still seem mired in Ambassador Chris Ross’ repetitive and inconclusive shuttles through the Sahara, but even here the Security Council seems finally to be focusing in on an important potential breakthrough  — namely, persuading the Algerians and Polisario Front to allow the UN High Commission for Refugees to do a legitimate head count and identification process to determine just who and how many people are actually in those bleak and hopeless refugee camps smack-dab in the middle of a terrorist-infested no-man’s land.  The results of such an exercise will surprise distant observers who have been duped by Polisario fabrications on this score for decades. And hopefully result in more meaningful relief efforts in the camps, including freedom for those who wish to leave to do so without retaliation.

Eventually, this logjam is going to break, and tens of thousands of former “refugees” are going to have to be dealt with by the international community.

When that occurs, and it could be sooner than some expect, and even sooner than some vested interests might prefer, very substantial sums of money are going to be needed to resettle people and mitigate the inevitable political and security consequences that this new mass movement of people will present to a region already in substantial turmoil. 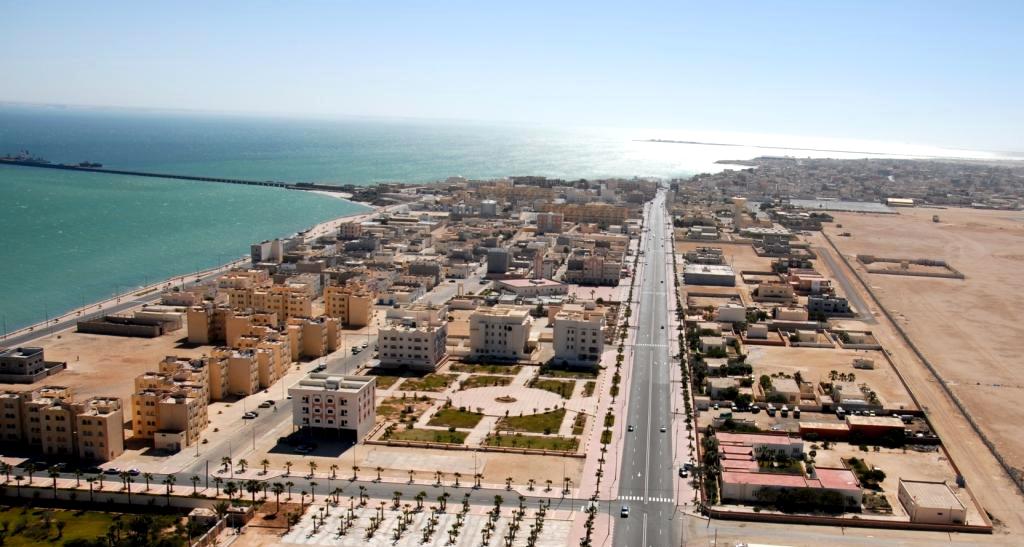 Bustling Dakhla — where the Sahara meets the Sea — is a center of commerce, culture, and tourism in Morocco’s southern provinces. MOTM

We think the time to begin preparing for that day is now.  Morocco is doing its part to prepare the circumstances and environment to encourage its citizens to come home from the desert wilderness in Algeria and to welcome them when they arrive.  More are doing this every day — several thousand over the last few years.  We would be well advised to pitch in now and help that effort while the numbers are still manageable at only a relatively accelerating pace rather than wait until the floodgates open, which will present a much more challenging and potentially dangerous set of circumstances.