King Mohammed VI described in a speech a “new era” for Western Sahara, and Morocco’s longstanding commitment to its development: 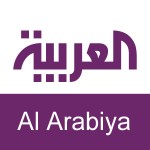 As Moroccans celebrated the 40th anniversary festivities of Morocco’s Green March, a peaceful protest which successfully brought an end to Spanish colonial presence in 1975, a large demonstration also took place outside a U.N. office in the Western Saharan city of Laayoune.

Western Saharans, also known as Sahrawis, who took part in the protest criticized what they described as the lack of U.N. efforts and the international body’s failure to end the instability in the disputed territory.

They asked for more progress and declared that they backed the Moroccan king’s proposal on autonomy as well as support for proposed investments in Western Sahara.

King Mohammed VI, who was participating in the festivities passed through and the protesters cheered “Long live the King.”