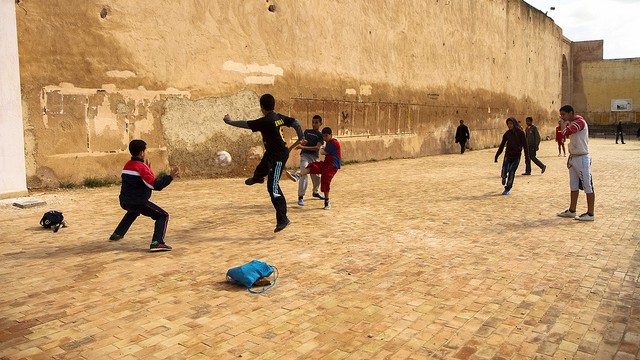 Over the course of the past few months, the Kingdom of Morocco has ramped up its sports diplomacy in Africa, part of a broader effort led by King Mohammed VI to expand Morocco’s political and economic engagement on the continent. Morocco’s rejoining of the African Union in January (after a 33-year hiatus) has been the biggest news coming out of this renewed engagement; but Morocco has also been making headlines in the soccer world.

Last month, Moroccan Fouzi Lekjaâ was elected to the North Africa seat at the Executive Committee of the Confederation of African Football (CAF), soccer’s governing body on the continent.  Lekjaâ won by an overwhelming majority — 41 countries out of 48, thanks in large part to Morocco’s diplomatic efforts in the sports arena. In the month leading up to the vote, Morocco signed nearly 30 partnerships with other football federations, including Burkina Faso, Gambia, Rwanda, Tanzania, Guinea-Bissau, Malawi, Congo, South Sudan, Ethiopia, and Sierra Leone. According to sports politics specialist Moncef Lyazghi, these partnerships allow Morocco to organize tournaments between clubs, share infrastructure and training, and reinforce diplomatic relations.

As former Moroccan Minister of Sports Moncef Belkhayat noted, “This is part of the dynamic initiated by King Mohammed VI through his various African tours. Morocco is developing several sectors of activity to extend its influence and sport is part of it” – a view echoed by Lekjaâ, who said, “The strategy of the [Moroccan Football] federation runs parallel with the African strategy of the King.”

Part of that strategy involves elevating the role of African football worldwide. Morocco recently put in a bid to host the 2026 World Cup, potentially in collaboration with Spain and Ivory Coast or Portugal. Perhaps this bid will be the lucky one, particularly since Morocco now has the support of the new President of CAF, Ahmad Ahmad. Ahmad has called Morocco a “stronghold of African and world football.” He has declared that as CAF President he would back the project “with great enthusiasm,” since, “We are convinced that Morocco could organise this competition just as was done by South Africa in 2010.” FIFA President Gianni Infantino has also noted that Morocco has the infrastructure and organizational capacity to  host the World Cup.

The vote for the 2026 World Cup won’t take place until May 2020, giving Morocco plenty of time to demonstrate its sports leadership in Africa. Morocco’s soccer diplomacy is only just kicking off.