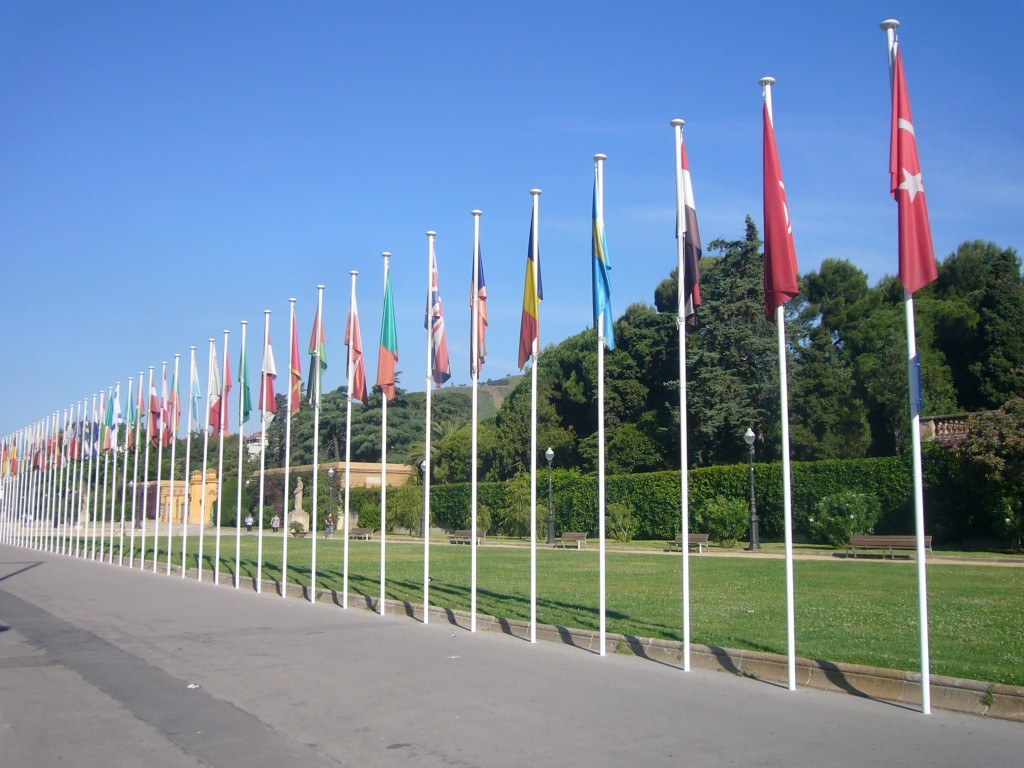 Flags of member countries outside UfM headquarters in Barcelona. Photo by: Jordiferrer on Wikipedia. CC BY-SA 3.0

While a great deal has been written about the failure of the Arab Maghreb Union (AMU) to realize its potential for making North Africa a regional powerhouse, little is known in the US about the UfM and how it is creating new cooperative relationships across the Mediterranean basin. Led since 2012 by Secretary General Amb. Fathallah Sijilmassi, it pulls together its 43 member countries to develop projects that serve the people of the region despite political obstacles.

Ambassador Sijilmassi is a Moroccan diplomat who is best known to Americans as the first head of the Moroccan Investment Development Agency (AMDI), which initiated many of the incentives, databases, and relationships that have been central to Morocco’s economic growth. He also participated in the Free Trade Agreement negotiations with the US, as well as agreements with Europe and Arab and African countries. As a result, he is a recognized leader on Moroccan-Euro relations, especially in investment, regional cooperation, and development.

UfM recently released its 2016 annual report, highlighting previous accomplishments and initiatives and spelling out its 2017 agenda. According to its website, the UfM “serves as a framework for policy dialogue and exchange of project ideas, experiences and best practices among governments, key international institutions and cooperation structures. The UfM provides a unique platform to formulate regional priorities and decide on specific cooperation initiatives to be put in place.” It also places a special emphasis on improving conditions for women and youth.

The UfM bills itself as “an ecosystem. In a collaborative approach…stakeholders contribute decisively to the effectiveness of regional cooperation, with significant benefit for the overall objective of mutual understanding, development, peace and stability.” This positive message is backed up by millions of dollars of capital to fund projects in four areas: enhancing political dialogue among UfM members; ensuring the contribution of UfM activities to regional stability and human development; strengthening regional integration; and consolidating UfM capacity for action. In other words, despite whatever obstacles exist, UfM projects provide a platform on which the members can engage each other in cooperative efforts to build prosperity for their citizens.

A few examples of projects in which Morocco participates, along with other Mediterranean South countries, illustrate the vital role that UfM plays in the region:

Other UfM projects can be found in the 2016 annual report. Suffice to say, it highlights concrete programs that are realizing actual results through collaborative means to achieve economic growth and integration. For example, a conference was held in December 2016 on issues of regional partnerships among universities and how to manage migrant and refugee credit recognition. Hopefully, by reducing barriers to cooperation and providing sustainable projects for its members, UfM will continue its successful efforts and enhance prospects for regional economic integration.