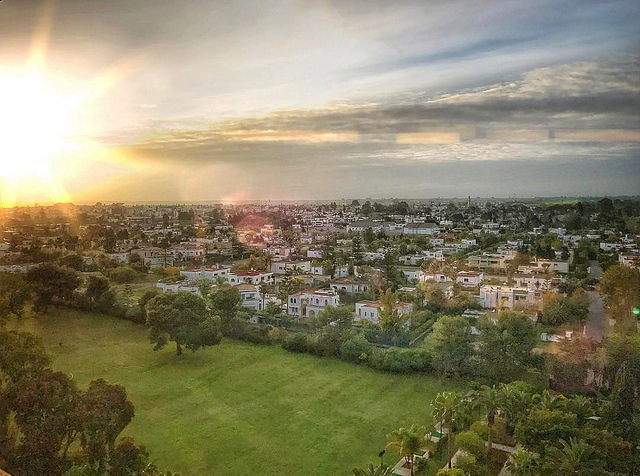 My wife and I first arrived in Morocco in the mid summer of 1998. It was my first posting in the Arab world. I had spent the previous several years working in postings in Brussels and Washington on NATO and other issues related to our effort to integrate the countries of Eastern and Central Europe into both the Alliance and the European Union following the collapse of the USSR. Those had been intense and exciting assignments with their fair share of tough bureaucratic battles both inside the US Government and with our European allies over how best to expand the Alliance and membership in the EU.

My assignment to Morocco as Political Counselor at the US Embassy in Rabat was something of an accidental anomaly, but that is a story for another day.

I knew little about Morocco, but my wife knew the country fairly well already. One of her Great Uncles had served his first diplomatic posting in Morocco during the Protectorate and eventually became France’s Ambassador there. She had several Aunts and Uncles who had spent time in Morocco in the medical field as part of their national service obligations in France. One of her cousins was married to a former Minister in the Moroccan Government and lived there still.  She had another Uncle who had settled in Agadir after having come to the country to assist with the recovery effort in that city following the devastating earthquake.  She also had several close Moroccan friends with whom she had studied law at the University of Bordeaux, a favorite destination for Moroccan law students in those years because King Hassan II had completed his own law studies there.

As it happened, one of her cousins was visiting an old classmate of his at the French Embassy the day of our arrival in Rabat and was the guest of honor at a diplomatic reception being hosted by the French  Political Counselor. We had dined with her cousin in Paris a few days earlier and he extended us an invitation to meet up again in Rabat at the French Embassy reception. My wife was fond of her cousin and we both agreed that it would be a good way to introduce ourselves into the community and have an opportunity to meet some our new Moroccan colleagues in a friendly social context. So, we no sooner arrived and unpacked our suitcases than off we went to what we expected would be a low key social event.

What a surprise I had not long after we arrived.

Then, as now, US Foreign Service Officers received little, if any, formal area, country or issue training between assignments. A steady stream of 15 hour days, often including 8 hour Saturdays, in my previous posting had left me little time to get up to speed on US/Morocco issues prior to my arrival in Rabat. But, I was aware that the Western Sahara question was foremost on our bilateral agenda and that matters were not exactly going well. Just how poorly they were advancing I was about to discover at the reception.

Over the years, I had become accustomed to the habit of my French diplomatic colleagues of asking provocative questions or making similar comments hoping the shock value might provoke some useful information for their next report home. But I was genuinely surprised when our French host asked me in the presence of several senior Moroccan officials at the reception whether it was true that the US was “preparing to send the Sixth Fleet into waters off Morocco to oblige the holding of a referendum on the future of Western Sahara.”  My reply, “I don’t where you heard that, but I cannot imagine anything more unlikely.” My internal reaction to his question, “Whoa, how did we get here? Are things really that bad?”

Of course, things were not really “that bad,” but as I soon discovered, they were worse than I had imagined in my brief and cursory personal study of the issue before arriving at post.

Prior to my arrival to Rabat I had a long discussion with my future Ambassador, Ed Gabriel, who was already in Rabat and wanted to find a more supportive approach with Morocco on this issue.  I was initially cautious, recommending that we look at managing the effort within our overall bilateral relations. With my arrival to Morocco this viewpoint would change, and I knew we had our work cut out for us.

I will share some of what we did in future articles looking back at my assignment there.