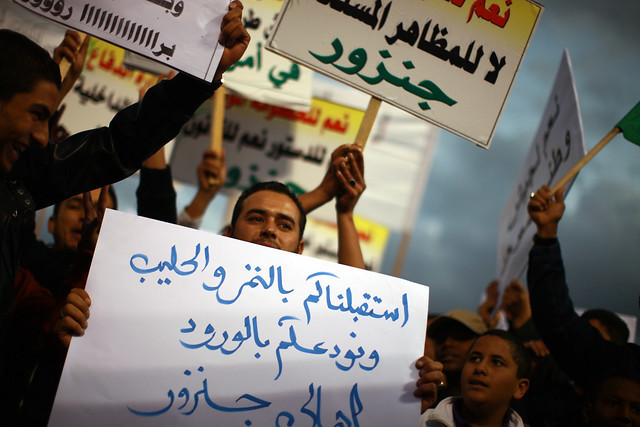 I had just finished undergraduate school when Gaddafi and the Free Officers Movement overthrew the monarchy and established a revolutionary state in Libya. I used to joke that the revolutionaries were in their 20s and so I had little time to make my mark on the world! Sad to say that the great wealth of the country, its extensive natural beauty, and very decent and hard-working people were abused over the next four decades by the regime and many were relieved when Gaddafi’s reign was ended in October 2011.

But there has been no respite for the war-weary people. And unfortunately, the US is withholding all of its diplomatic and soft power leverage to develop a unified approach to ending violence and promoting reconciliation. As a recent article noted, “Despite appeals from the United Nations for stronger American diplomatic engagement, especially to restrain meddling by General Haftar’s (sic) foreign backers, the Trump administration has long been uninterested in Libya.”  More critically, the US seems to have backtracked on its attempts to refrain from taking sides when General Haftar proceeded with his plans to capture Tripoli after President Trump spoke with President El-Sisi of Egypt.

This coupled with the withdrawal of a small US training contingent and our lack of engaging the external powers who want to influence Libya’s future either through Haftar’s victory or defeat, continue to reinforce the perception of US withdrawal from regional leadership.

In many ways, Haftar is the kind of leader that Trump prefers – aggressive, authoritarian, committed to erasing radicals from the earth, and someone the US can count on, in this case ensuring low prices for oil. As the article pointed out, “He [Haftar] has highlighted his role in fighting terrorists, garnering favor among parts of the American military and intelligence agencies. He allowed the C.I.A. to establish a base in the eastern city of Benghazi, which he controls.”

Despite recent visits to France and Italy when leaders pushed for a halt to military operations, Haftar has nixed a ceasefire, saying that the UN and its special representative, Ghassan Salamé, want to partition the country.

As of early this week, Haftar’s Libyan National Army has not been able to overrun the southern defenses around Tripoli. Haftar shows no signs of relenting. He told Le Mondethat ““Of course, the political solution is still the goal. But to get back to politics, we must first finish with militias,”  So far the fighting has killed at least 510 people, forced 75,000 out of their homes, and trapped thousands of migrants in detention centers,” according to several sources.

There are claims that France, which recently called on Haftar to cease his offensive, is symptomatic of the multiple agendas of outside powers. On the one hand, it agrees with Saudi Arabia and Egypt that Haftar could bring order to Libya to prevent the expansion of terrorism and jihadism and ensure the continued flow of oil. Yet it has concerns that the resulting flood of refugees and increased humanitarian suffering will not end well, leaving Libya with a post-Iraq scenario of embedded and armed regime opponents. Haftar has received funds, weapons and materiel, as well as logistical support, from the United Arab Emirates, France, Saudi Arabia, Egypt, Russia, and others. The Government of National Accord (GNA) reportedly has received financial support from Qatar and weapons from Turkey.

Secretary Pompeo in April testified that there is no military solution in Libya and urged Haftar to halt his military push towards Tripoli. He recently spoke with Haftar and discussed “The urgent need to achieve a political solution in Libya and prevent further escalation,” according to the State Department. Yet between those two statements, President Trump spoke with Haftar and pointed out that he has a “significant role in fighting terrorism and securing Libya’s oil resources.” And a sign of the times is that several members of Congress asked the Justice Department to investigate Haftar for alleged war crimes as he is a US citizen.

As Yahoo.com noted, “With Haftar’s offensive stalled and a ceasefire unlikely, the potential exists for a prolonged struggle that may decimate large swaths of the capital and beyond. UN envoy Ghassan Salamé warns that Libya is now “on the verge of descending into a civil war that could lead to the permanent division of the country.” It seems that US administrations continue to be challenged in developing an effective policy vis-à-vis Libya, and the Libyans pay an awful price while regional stability also suffers.