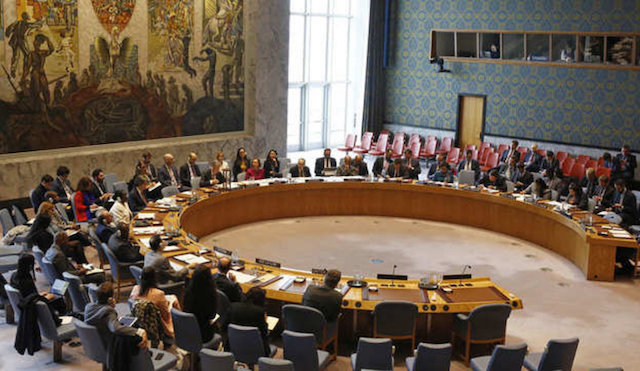 It is estimated that the gross world product (GWP) will decline over 6% in 2020 from 2019, reducing growth by trillions of dollars, mainly due to the pandemic. This is going to have a devastating effect on countries with weak economies and low incomes, as well as those wholly dependent on oil revenue, two key categories which define Morocco on the one hand and Algeria on the other.

An unusual number of countries will face defaulting economies, and the pressure on the IMF and World Bank may be more than the resources they have to commit to countries that are struggling to crawl out of one of the worst depressions in modern history. At the same time, Gulf countries will now be in a weaker position to address the need for aid requested by their traditional Arab allies due to low oil prices.

This will put additional pressure on Morocco and Algeria and the North African region which already suffers from one of the lowest intra-regional trading blocks in the world due in large part to the Moroccan-Algerian differences regarding the Western Sahara dispute.

No one knows what the world will look like in a couple of years. The relationship among countries will surely be altered, with stronger nations coming out of the pandemic able to turn the new normal to their advantage, while others will be faced with a longer term recovery as a result of weak governance, defaulting economies, and in some cases, a continued preference to hold on to the grievances of their past rather than meet the challenges of moving forward.

It is incumbent upon Algeria and Morocco to understand the new normal in light of what their relationship can be, not what is has been. They could imagine a new relationship where they’ve resolved their differences concerning the Sahara and moved forward in a regional economic strategy with Tunisia and perhaps other African countries. Or, they could continue to litigate Cold War relics of the past, further draining their resources in an endless arms race, falling further behind countries that were smart enough to look forward, instead of backwards.

The US and France, and other friendly allies, can make a difference in moving these two countries towards a more mutually beneficial relationship. For the US that means no new initiatives until the next administration, regardless of who wins the presidency, since nothing usually happens in the remaining months of a presidential term.  The most successful policy changes usually occur in the beginning years of a new administration, which gives Algeria, Morocco, the US, and France time to contemplate a future policy on the Sahara and North Africa, for consideration in 2021.

Let’s look at the history of this dispute and the possibility of a new approach that could turn an awful pandemic into a winning formula for both countries. In 2000, the UN Secretary General’s Personal Envoy James Baker declared that the original intent of the UN effort – to conduct a referendum of the people of the Sahara regarding whether they would vote for total independence or full integration with Morocco – was impossible, due to the fact that neither side could come to an agreement on who was eligible to vote. Further, a winner take all solution would leave the dissenting population disgruntled and disenfranchised, and be a cause for instability.

Instead, Baker decided on a win-win alternative, calling for a compromise solution that would grant autonomy for the people of the Sahara under Moroccan sovereignty, and offered it to the parties in 2001.  Morocco agreed to the proposal. Algeria and the rebel faction fighting for independence, the Polisario, rejected it.  It should be noted that the US encouraged this initiative in discussions with Morocco and Baker beginning in 1999.

The UN debated this issue for the next six years, until April 2007, when Morocco offered the UN Security Council its own initiative of autonomy under their sovereignty. The Council immediately called it credible and serious. In 2009, US Secretary of State Hillary Clinton reiterated the US position of supporting an autonomy/sovereignty solution and added that the Moroccan proposal was realistic as well as credible and serious. Unfortunately, since then, nothing much has happened, and worse, today the UN Secretary General has not appointed a new Personal Envoy to replace the outgoing envoy for nearly a year.

It is perhaps in the worst of times that contentious issues become ripe for resolution. This may be one of those moments for the Sahara.

The US should work with France to endorse the autonomy initiative as the best (or only) alternative to resolving this issue and then encourage the UNSC to follow suit. It should call on the parties to negotiate in good faith within an autonomy/sovereignty framework, under the auspices of the UN Personal Envoy, within a specific timeline.

It is assumed that Morocco would accept such a proposal, as they would be otherwise viewed as insincere in wanting to solve the problem, greatly affecting their international standing in the world. One might ask why Algeria/Polisario would accept such a proposal, given the fact that they have stuck to a winner take all independence solution? If Algeria refuses, Morocco can simply “pocket” the offer and declare victory, citing international support for its sovereignty, something Algeria will want to resist at any cost. Algeria will therefore have no choice but to come to the negotiating table, if only to make sure Morocco negotiates in good faith, and to ensure the Personal Envoy calls out Morocco if it doesn’t.

To sweeten the economic pot, preconditioned on Moroccan-Algerian/Polisario goodwill negotiations, the US, France and other friendly countries could offer an aid and economic package that encourages regional economic integration, including infrastructure integration initiatives, and special trading status.

A policy announcement by the US and France, and perhaps by UNSC resolution, that puts forward an autonomy/sovereignty framework as the only viable alternative, will increase the chances of a serious negotiation by the parties, and when combined with an economic incentive package while both countries are suffering from the pandemic, Morocco and Algeria could decide the time is ripe to look forward together, rather than backward.